12 Signs Redundancy May be Lurking Around the Corner 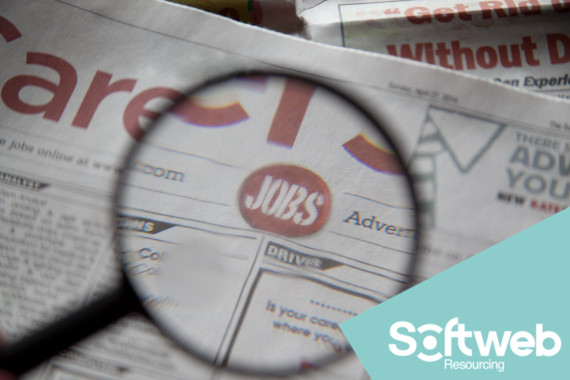 The tech industry is arguably one of the most fast-paced sectors. Rapidly changing every year, it’s a market where professionals who aren’t constantly developing their skills will be the first ones to be let go.

There are other reasons why you might be at risk of redundancy - some of which are out of your control. As technology is one of the UK’s most competitive industries, this also means that there will be more companies out there looking to develop similar products to yours.

The tech industry’s growth will inevitably lead to some companies or products becoming obsolete. Think Facebook, which disrupted the market, establishing itself as the leading social media platform - growing exponentially. Do not think MySpace, which currently looks like this: https://myspace.com/

Whilst there are lots of disruptive and innovative technology start-ups, just four out of ten UK small businesses live to celebrate their fifth birthday. A good example is Powa Technologies; much hyped and estimated at £1.6 billion - put into administration in 2016.

Given the situation, is there anything a software developer could do to keep an eye out and make sure they are not swept up by a wave of job cuts?

The best strategy is to become aware of your immediate environment. Most of the factors will be out of your control, but keeping abreast of what’s going on within your company and industry could help you prepare for the worst and mitigate the loss.

Here are twelve signs which we here at Softweb think might help you determine if you’re about to be made redundant:

1. Monitor the mood in the office

It may begin with changes in the atmosphere at the office. If you notice changes in the attitude the team has towards work, coupled with strange decisions issued by upper management, it could be a sign that change is about to knock on the door.

For example, if customers are complaining about the software product and fixing bugs isn’t one of the top priorities, it could mean the management team may be focused on survival rather than investing scarce cash to deal with the specific needs of customers.

Also, if the managers seem like they’re going out of their way to make everyone happy, it could mean they’re trying to hide something or prevent information leaking about what’s to come. There’s a chance they’ve been planning to implement a change and they are well aware the team isn’t going to be happy about it.

You might also notice that meetings behind closed doors are starting to become a common occurrence. Managers could become a bit more secretive and shut their doors when they take calls. Additionally, you may notice other senior staff members getting involved in said get-togethers on a more consistent basis.

Alternatively, it could be that the software manager is no longer attending key technical meetings with the team, because they’re prioritising meetings with other senior managers instead of talking to employees and driving the software development process forward.

It could just be a case where the management team is trying to figure out the best approach to deal with the situation. There’s a chance it might not involve cutting jobs, but it is best to stay alert and keep in mind that a big change is about to come, and it might not be good for you and your comrades.

Every company is trying to reduce their costs as much as possible, but if your organisation is taking this to the extreme and starts making changes which may sound absurd, it could mean they are really struggling to make ends meet. A wave of major cuts could be around the corner.

A nasty, early signal of this could be that the regular team lunch is not so regular any more, or the drinks fridge in the breakout area is not as well stocked as it once was when you first joined.

4. Tightening up on expenses

You might also notice the organisation you’re part of is doing their best to reduce expenses when it comes to things which were considered normal until a while ago. For example, the annual tech conference was something your team was looking forward to, but this year it’s just you and a colleague, you’ve got to share the hotel room with them, and you’re not sure Keith possesses the same long-term, unflinching commitment to personal hygiene that you do.

Has your workload been decreasing recently? If so, huzzah!!! Perhaps the major software product that you’ve been working on over the last few years has now been released, and your role has changed. You may now be fixing bugs or maintaining code with no new projects on the horizon. This is definitely a red flag as it could mean your services are no longer required by the organisation, and they’re probably going to approach you to talk about it soon. Like really soon.

Maybe you’re bored or just don’t feel like doing the job anymore as it stopped being challenging. If you’ve been going through the motions for quite some time now, there is a chance your bosses might have also noticed what’s been going on. It might be a case where you have to make a decision to shape up as quickly as you can, because it’s very likely you’ll be shown the door otherwise. No organisation can afford to carry underperforming employees.

Most of the time a change in job title or description of your role is just a reorganisation of your company’s structure. However, it could mean a lot more. Does the new title reflect a move sidewards in your career? Could it even be a demotion? Try to put things in perspective and see if this makes sense for you and the organisation you’re working for. It could mean that you’ve been hung out to dry, and the company is trying to find a way to get you out.

8. Be aware of the rumours

Gossip is a common occurrence is most workplaces. Even though it’s usually harmless, you probably should take notice if your name starts being mentioned behind your back on a regular basis. If this happens, it would be best to start considering your options and prepare for the worst. Hiding your head in the sand won’t make it go away, so try to save what you can while there’s still time. Rumours of outsourcing the development would be an another example. If this materialises, it would result in your role no longer being needed, so your whole team may be in trouble.

9. Getting negative reviews of your work

Getting your work reviewed is part of the improvement process. Getting a negative review every so often doesn’t bring about the end of your career, but it should ring a couple of bells to let you know that it’s time to get back on track.However, if you’ve always had good reviews, but nothing seems to be going right at the moment, it could be a sign that your employers are trying to find a reason to part ways with you.

Top performers and valuable employees usually build enough trust to get the job done with a minimal amount of supervision. If you were once autonomous, but now you find yourself forced to report on every single move you make, like you’re back in primary school and the teacher is checking your homework, maybe it’s time to take a step back and ask yourself if the managers have lost confidence in you. What could this mean for your job?

11. Stay on top of industry trends

Be sure to stay on top of industry news. You might also want to check what your organisation is saying in the public domain. Could a disruptive technology or product be a threat to your company? Trends such as outsourcing and offshoring are always important to watch as they could tell you if jobs from your industry are being moved overseas. If the competition is outsourcing, this could indicate that your company may start doing the same thing.

12. Your company has undergone a merger or acquisition

When it’s announced that a company is being bought or is merging with another, then everyone on the team should expect huge changes. Often, a re-structure will mean a duplication of roles and a common scenario is one where there are too many software developers in the team.  There will naturally be redundancies.

If this is the case, make sure you act quickly to seek other opportunities as if you leave it too late you may well be competing with all your former colleagues for the same new jobs in the market.

So what can you do once your position has been marked for redundancy? Unfortunately, there isn’t much. Organisations spend a lot of time planning and strategising, so it might be something that’s completely outside your control.

The only hope you have is to find out if just a part of your team will be made redundant. This might give you a second chance, although it’s very likely the environment will become even more competitive, but at least you’ll have the chance to illustrate your abilities and attempt to save your job.

If you already sense redundancy coming and it’s out of your control, it might be a good time to start looking for another job. Think about your transferable skills, update your CV, and start reaching out to recruitment consultants to explore new opportunities.

Please feel free to get in contact with Softweb should you want to discuss your individual situation and know what other roles are currently available in your niche.