The Counteroffer Gamble: I’ll see Your Salary, and Raise you

You found the perfect position, you made it through a gruelling interview, and the wait was excruciating. Finally, finally, news comes in - you got the job. Meanwhile, back at work…

“The boss wants to talk with you before your final decision is made”.

There it is – the ominous ‘meeting with the boss’. As it turns out, now you’ve handed in your notice, your current employer has made a counter offer – they’ve just upped the stakes of leaving. They’ve increased your salary, or made a promise of increased responsibilities. Got your poker face on?Good. With two hands you could play, which should it be?

“50% of candidates that resign will be counter offered by their current employer”. 

Asides from the question as to why the above figure is so high (and why so many employers undervalue their employees), the stat above demonstrates one other thing – it’s typically commercial sense to retain an employee, rather than accept defeat and let them leave.

“It can cost the current employer as much as 213% of annual salary to replace a senior executive”.

This stat can hold true for many other technical positions, too – especially those in the developer world, where teams take time to gel and time-critical projects could be impacted by the loss of an employee.

The problem with more money

Let’s begin with the simplest counter offer – a rise in salary. Which should beg the question as to why you weren’t worth the money yesterday. But let’s play Devil’s Advocate for a moment. Say you accept, and you receive your pay rise. You’re happy. For a while. Except your employer remains one that undervalues their employees – one who underpays them, even by their own admission, unless pushed to offer more. You stay on, but no further pay rises are forthcoming. Eventually, you’re in the exact same situation as you were before.

And another bone of contention here is that the rise you receive may be one that you were due over the coming 12 months in any event. If so, then guess what will happen in the next year – a pay rise of zilch, nada, nothing, as it’s already been used to lure you into staying.

“80% of people who have accepted a counter offer will not be at their current employer in six months and 93% will not be there in eighteen months’ time”.

Beyond the cash stakes…

It’s not all about the money. Indeed, your counter could be any one of a number of other offers. Your employer may…

Again, you could gracefully accept, and live Happily Ever After in your role, couldn’t you? Once again, there’s an issue – from here on in, you’re going to be regarded as a problem employee – one that lacks the loyalty that others may commit. What’s more, your employer could now be actively looking to replace you. Hmm. Not such a smart move, after all. And even if your replacement isn’t waiting in the wings 6 months on, when promotion season roles round, guess who’s in for the next leg up? Yup – those who are deemed loyal (ergo – not you).

“50% of candidates that accept counter offers from their current employer are active again within 60 days”. 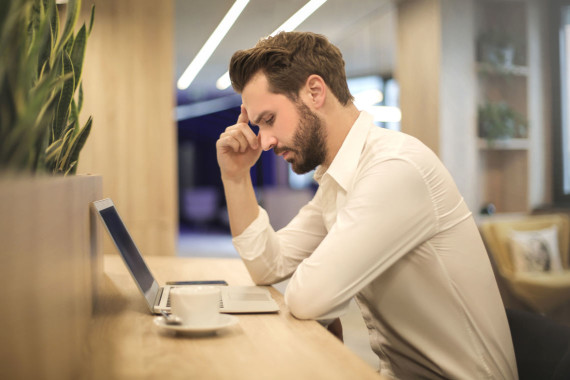 “Deserting the team?! But this will double/triple the workload on Billy, Bob, Ben”.

“You’re a valuable member of the team, we need you – your expertise is second to none”

Don’t fall for it – your interest will always be secondary to the company’s, and emotional blackmail should get them absolutely nowhere.

Employee retention – you may be seen as nothing but a statistic

Managers are under pressure, and they could be judged on a number of KPIs – one of which may be their staff retention rates – turning you into a literal % stat. It can also be incredibly costly to replace you. This introduces pressure for the manager – and a counteroffer may not be made in good faith, leading to a future of compromised trust.

You didn’t make the decision to leave lightly, nor did you rush into the first interview that popped up, with any old company. You’ve considered this, at length – weighing the pros, thinking about the cons. When your employer makes a sweeping, simple counteroffer, they disrespect the commitment you’ve made to your new company, and to your future. Don’t sell out or sell yourself short – trust that gut feeling and don’t allow for doubt to be sowed in your mind.

“57% of employees accept counter offers made to them” – question is, which side of the statistic will you be on?
 

So, what’s it to be? Fold and accept, or hold your ground? Ultimately it comes down to this – show your hand, follow through – there’s a reason (perhaps many), that you decided to leave your current position. If your reasons for leaving don’t match up with what’s put on the table in a counteroffer, it’s simple – move forward with your plans and don’t look back. Thank them for their offer, but reaffirm your position.

Mind set and ready to move on? Then you may want to give this a read: 10 Tips for Quitting your Dev Job.